Once again I have neglected my blog. But its for a good reason. I have been so slammed with orders that I just haven't had time to get back here. I hope you all are also having great sales whether you write, craft or whatever you are doing.

Many people have asked me how I got so successful on Etsy in such a short time. For people that followed my blog from the beginning; you probably already saw it evolve. For ones that didn't here we go.

I started out selling homemade jam on Etsy. It was very successful but a ton of work for a low profit margin. I started crocheting again after taking a hiatus for many years. Its like riding a bike, you never forget how. I posted a couple of blankets I made for my grandsons and charities on Facebook and people wanted to either buy the blanket or buy the pattern. So I jumped on it. I typed up my patterns and started selling them. I shut down the jam shop and opened "Kay's Crochet Patterns" on Etsy. At this point in the story I want to point out that I was pretty much broke. Which is a huge motivator. The plus side is it costs nothing but my time to sell crochet patterns. 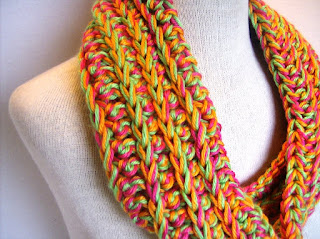 The patterns sold well and so did the blankets but it wasn't nearly enough to write home about. Then people started asking me where I got the odd supplies I used. So I thought "well maybe I should sell those on my Etsy store?" So I started small because I had very little money to invest. I think I actually started with 100.00. Sales started rolling in. I had to take half the money I made and re invest it back into buying more crochet supplies and used half to pay my bills. For sure this was the slower way to do it but it worked. I cannot tell you how many times I said to myself "if I just had an extra 500.00 to invest this would be so much easier!" Buy hey nothing worth having is easy right? Again the crochet patterns played a huge part in this because they are 100 percent profit. So I also kept adding new patterns.

I will add here that another part of my success was knowing how to use SEO to my advantage on Etsy. You guys know I wrote about this all the time here on this blog last year. You can go back and read those old posts because I guarantee you I would have never been this successful if I had not known how to use SEO on Etsy.

All through the fall I kept adding new supplies, pattern, blankets and branched out to knitting supplies. Every single month I reinvested in my business.

And now I will do something that almost NO ONE does. I am going to tell you my sales figure. For the month of December 2012 I sold 5500.00 between Etsy, Ebay and my own website. For the month of Jan 2013 I had 5200.00 in sales. So no Dec was not just a fluke due to Christmas :) Why I am saying the actual amounts? To give people hope that it can be done. I never dreamed this would be this successful when I started in April 2012.

I will also point out that I work way more hours on my business than I ever worked outside of the home. But to me its all worth it! If I want to take a couple hours off and play with my grandsons I can. And that is priceless!

We have been getting a lot of questions on our Mystery boxes so here you go! First some have asked why we are now shipping in bags. USPS...